I’m sure that somehow, somewhere, we’ve all heard about a prostate. Perhaps you know someone who had prostate cancer or you know that because you’re a male, you have a prostate. Or, if you’re like me and my sister, you had to do your own extensive research about what “benign prostatic hypertrophy” is so that you could explain it a loved one. But what exactly is this mysterious thing and why is there so much fuss about getting it checked at age 50?

When you google the word “prostate” you get the general definition of the prostate being a walnut sized gland that is found ONLY in males and it secretes something that helps nourish the sperm. This definition pretty much sums it up. Having dissected the prostate in Anatomy Lab during my first year of med school, I would say that it is a li than a walnut but then again, my person could have had an enlarged prostate because he was elderly. If you have an Iphone, look at the port of your charger. The prostate is just a little bit bigger than that. It looks like a ball. It looks so harmless.

So now that we have established what it looks like, what does it mean for the prostate to be a gland? A gland is “something” in the body that secretes these special chemicals called “hormones” which go to other places in your body and perform certain functions. Our bodies are FILLED with glands and we have MANY different hormones in our bodies. For instance, the PINEAL GLAND our brains secrete a hormone called MELATONIN that helps us fall asleep. With this being said, the prostate is a gland that secretes a special substance (a fluid) which nourishes the sperm. This fluid that the prostate secretes is what makes up semen. With all of this being said, it’s important to know that the prostate is not REQUIRED for life but it is only required for reproduction.

In terms of where it is located, the prostate sits right underneath the bladder. Think of the bladder as a bubble that holds the urine. There is a hose that that is connected to the bladder which takes the urine out of the bladder and eventually out of the body. That hose is called the “URETHRA.” This hose runs right through the middle of the prostate. Now, we can see why an enlarged prostate can cause some problems with urination but we will get to those in a later post.

There is a screening test at AGE 40 for males. Remember, screening tests are important because they help catch a disease early so that it can be treated earlier!

I’ll definitely go in depth about this gland in a later post but I hope that you found it helpful in understanding what exactly a prostate is. If you have any questions or need a more in depth understanding about prostate, don’t hesitate to email me at: Contact@nilechild.com 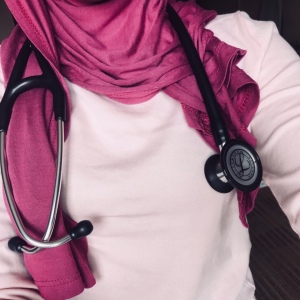 I was born in Sudan and raised in the US. This blog features a few aspects of my life, the lessons I’ve learned, and the advice I want to pass on. I hope that I can inspire you all to be great!

There was an error retrieving images from Instagram. An attempt will be remade in a few minutes.

I would never recommend anything that I have not tried or would not purchase for myself or others. Some of the posts I have contain affiliate links which means that I earn a small commission should you chose to purchase any of the products. This does NOT cost you anything extra.